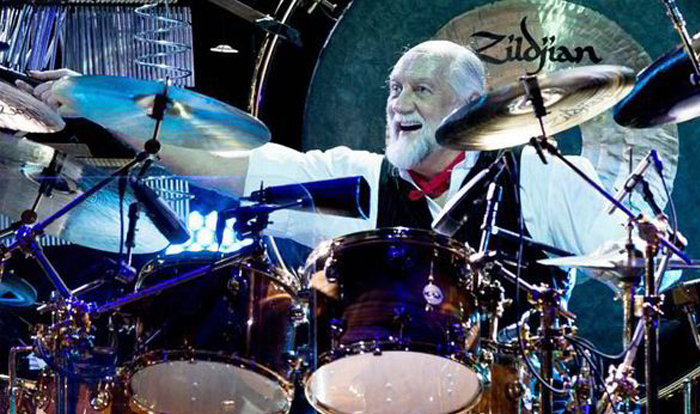 ‘My red African talking drum is my voice’

Every musician has his own Stradivarius.

My “Don’t Leave Home Without It” is a beautiful, red, African talking drum. It was made for me by Speedy, a Nigerian drummer (he played with Georgie Fame in London). Speedy presented me with the drum 46 years ago. It is completely impossible to replicate; I have tried several times, but nothing comes close to the sound of that drum.

My red, African talking drum is my voice. It is a part of me, a portable way to express myself. When I play it, this primitive, one-drum signature becomes a part of my body. It allows me to participate without the cumbersome grandeur of a drum kit, and it takes me back to the basics: the intense need we humans have to communicate.

I’m so attached to my talking drum that it comes with me on every tour, whether it is part of our set or not. In all this time, only once has it disappeared. Early Fleetwood Mac was touring in Dearborn, Michigan in 1969 when the talking drum was stolen from the side of the stage in some funky little club. I was heartsick over it.

Lucky for me, the nefarious characters who hung around the club had a wide network. Word spread quickly as to the ownership of that drum. Some thief had a change of heart and returned it a few days later.

“When I have that drum in my hands, it’s like my muse takes over.” – MF

Needless to say, after that, it’s always the first thing I train my drum tech to put away after a gig. I tell him to guard it with his life!

When I have that drum in my hands, it’s like my muse takes over. I don’t have a plan, or a song mapped out; I never know what I am going to play. It’s like jazz, improvised. I chase the moment, blend the notes with the pitch of the drum.

Over the years, I began embellishing my performance by talking nonsense, speaking in tongues, exposing the audience to bits of the provocative streaming of my subconscious. Almost inaudibly, I croon, mostly pitiful fragments, such as: Don’t leave me! I can’t stand to be alone! I add some heavy breathing and a sprinkle of: Don’t you want me? And it’s cooking.

The audience begins echoing my calls and there you have it. A fire starts and the intricate improvisation around the beat of my African drum takes off! This is my moment.

Fortunately for me, Lindsey Buckingham is never far from the stage when I begin this “Mad Man” routine. He’s standing by, the proverbial vaudevillian hook in hand, just in case I get too obtuse or carried away beyond the point of return.

Just think. Without Lindsey I could still be out there, howling at the moon, me and my beloved, red African talking drum, making love to the night.