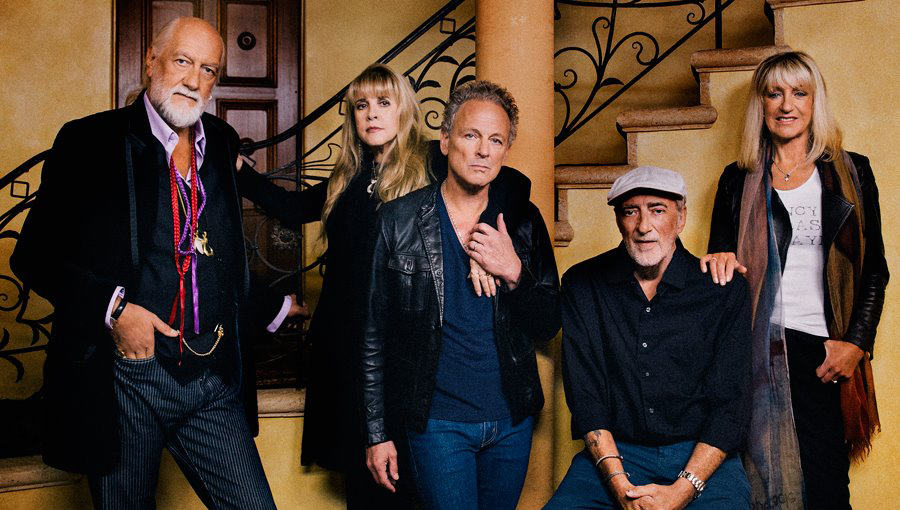 “I feel like a lemming going over the cliff with the parachute not quite open,” Christine McVie says about her surprise return to Fleetwood Mac after a 15-year absence.

With the fan-favorite singer and keyboardist back on board, the storied band’s classic lineup is together once more and will be able to unpack its full range of hits when the On With The Show tour kicks off Tuesday in Minneapolis. It’s the first tour by this stellar cast since 1997.

Although McVie and singer/guitarist Lindsey Buckingham have written and recorded new songs, Fleetwood Mac is taking to the road without a new album.

“The validity of the tour comes from the fact that Christine is back and we’re revisiting the full body of work from the three writers (McVie, Buckingham, Stevie Nicks) in a way we haven’t done for many years,” says Buckingham, 64. “The only song of hers we did without her (on past tours) was Don’t Stop, as an encore. For this tour, 90% of the set list is a no-brainer.

In August, the band — including bassist John McVie, Christine’s ex-husband, who had been battling cancer — convened in Los Angeles to rehearse and cherry-pick its fat catalog for a career-spanning set list. Fans can expect a few rarities and surprises atop a bedrock of 10 or 11 landmarks, including Rhiannon, The Chain, Go Your Own Way, Big Love, Stand Back and McVie’s Say You Love Me, Little Lies and Hold Me.

Fleetwood Mac certainly didn’t suffer without McVie: The band ranked 10th in Billboard‘s tally of music moneymakers last year with earnings of $19.1 million. “We spent 15 years making Fleetwood Mac relevant without her,” Nicks says. “But with her, we were a force of nature.”

Nicks recalls her reaction last year when she heard from Christine McVie while vacationing at a monastery on Italy’s Amalfi coast: “I get a call from Chris, saying, ‘How would you feel if I decided to come back to the band?’ I’m like, ‘Seriously? Have you just downed a bottle of wine?’

“When she left in 1998, she said, ‘I don’t want this. I don’t want to fly anymore. I’m having panic attacks. I’m too old. I’m too tired. I am done.’ I knew there was no way we could change her mind. As the years went by, when people asked me about her, I said the world would fly off its orbit before Chris would rejoin the band.”

“It’s been quite profound and painless,” McVie says of her return to the fold. “I left to go chill in the English countryside. I realized it was not what I wanted in the end. It was boring. This is where I belong. I’m starting to live again.”