EXCLUSIVE: Jordan Schur, the former Geffen Records president and Suretone Records founder is jumping squarely into the film business with his Suretone Pictures banner. Schur has set the venerable actor and Daredevil star Vincent D’Onofrio to make his feature directorial debut on The Kid, a Western he will star in with James Franco and Ethan Hawke. Schur has set the film for domestic release with Lionsgate and Red Granite International’s Christian Mercuri will sell overseas territories beginning at Toronto. 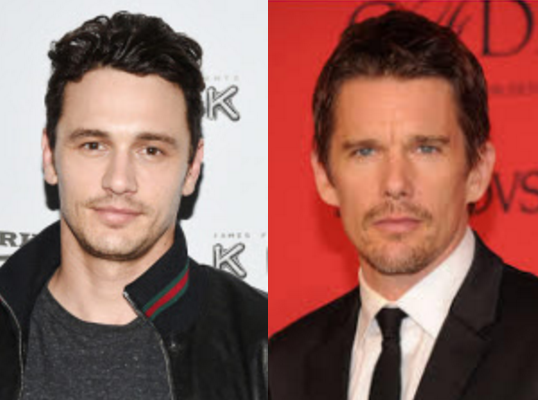 At the same time, Schur has set Joe Carnahan to direct Five Against A Bullet, a potential franchise that has a script by Alex Litvak and Carnahan. That film, which once had Bruce Willis attached at Columbia when Schur was partnered in Mimran Schur Pictures, is starting anew, with a director who seems well suited for the material: five elite bodyguards are tasked with keeping safe through the elections a mayoral candidate of the most powerful city in Mexico, after the candidate’s father and previous office holder was murdered. An army of cartel hitmen are gunning for the candidate, under orders of the biggest drug cartel kingpin. Suretone Pictures, Di Bonaventura Pictures and Mimran Schur are behind this, with Lorenzo di Bonaventura, Schur and Mimran producing. RGI’s Mercuri is selling foreign on that one, and domestic distribution hasn’t been set.

D’Onofrio will direct The Kid, which is the story of gunfighter Billy the Kid leading up to his killing by Sheriff Pat Garrett. The Andrew Lanham-scripted tale is told through the eyes of a young boy who is torn between his admiration of the gunfighter legend and his need to save his family. The boy’s uncle has murdered his father and when he catches up to the boy and his sister, the uncle turns her out as a prostitute. The enraged boy tracks down Billy the Kid, hoping his hero will get his sister back. The boy finds his romantic notion of the gunfighter is false and that Billy is an uncaring and selfish adolescent. And then the youth discovers true heroism in Sheriff Pat, who, after gunning down the outlaw, takes on the challenge of reuniting the boy with his sister. Schur is producing with Nick Thurlow and Sam Maydew.

Schur funded development of both projects and is financing production as well, with his own money and some raised from silent partners. He has several projects behind this one, as he focuses on slate building. Schur, whose past feature credits include the Robert De Niro and Edward Norton-starrer Stone and the Tom Hardy-starrerWarrior, also remains very active in music: Fleetwood Mac has charted as 2015’s top touring artists in the world, in gross revenues and highest average ticket price.

D’Onofrio and Lanham are both repped by UTA.