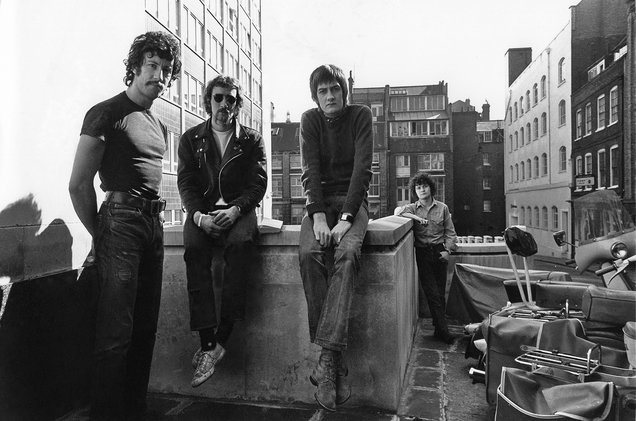 Fleetwood Mac is “alive and well,” according to Mick Fleetwood. And we’ll be hearing plenty from the band and its component parts this year and next.

Fleetwood is in Austin to speak on Wednesday at South By Southwest, introducing his upcoming book Love That Burns: A Chronicle of Fleetwood Mac Volume One: 1967-1974, a lavish tome coming Sept. 19 from Britain’s high-end Genesis Publication.

Speaking to Billboard on Tuesday at the JW Marriott hotel, Fleetwood declined to talk about the reported Classic East and West festivals with the Eagles, Steely Dan, Journey, The Doobie Brothers and Earth, Wind & Fire, though he did say he has “a vision that next year we’ll probably be heading towards doing work as a band.” Also ahead, there will be an album from Mac members Lindsey Buckingham and Christine McVie as Buckingham McVie, which Fleetwood and bassist John McVie play on.

“We’re not dead yet,” Fleetwood says. “But the truth of the matter is, we’re all in our 70s, and the band is 50 years old; there is a window and the window will close. That happens in all things in life. But until then, we carry on.”

Fleetwood is particularly excited about the Buckingham McVie project, which is due out soon. It’s the product of sessions that began during 2014, shortly after McVie’s return to the the band, and became its own entity when Stevie Nicks opted to focus on her own work.

“The crafting of the album became so specifically about Chris and Lindsey, really, some time ago,” Fleetwood says. “It came under the heading of music that had to come out. We had a lot of fun and Chris is full of vim and vigor, which in itself is mind-blowing. And I’m really happy for Lindsey, because this is what he most likes to do, putting something together. This relationship is a real expression of a musical powerhouse that’s come to the fore, and we’re all happy about that. And [the music] is really cool; I think they’ll be walking down some red carpets with this one.”