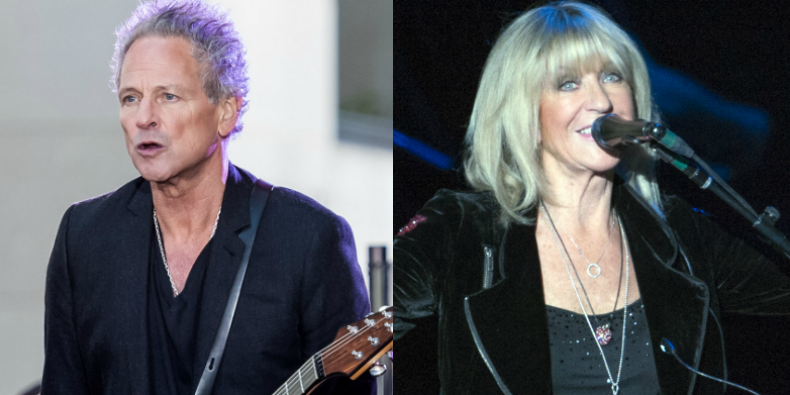 Buckingham and McVie will also embark on a North American tour this summer, starting June 21st in Atlanta and wrapping July 27th in Denver. Tickets go on sale April 21st.

The longtime collaborators rekindled their working relationship in 2014 when McVie rejoined Fleetwood Mac for their 2014 “On With the Show” tour. The pair recorded the LP at Village Studios in Los Angeles, where Fleetwood Mac also made several albums, including Tusk. Buckingham and McVie tapped bandmates Mick Fleetwood and John McVie to serve as the rhythm section for much of the album.

“We were exploring a creative process, and the identity of the project took on a life organically,” Buckingham said of the record in a statement. “The body of work felt like it was meant to be a duet album. We acknowledged that to each other on many occasions, and said to ourselves, ‘What took us so long?!'”