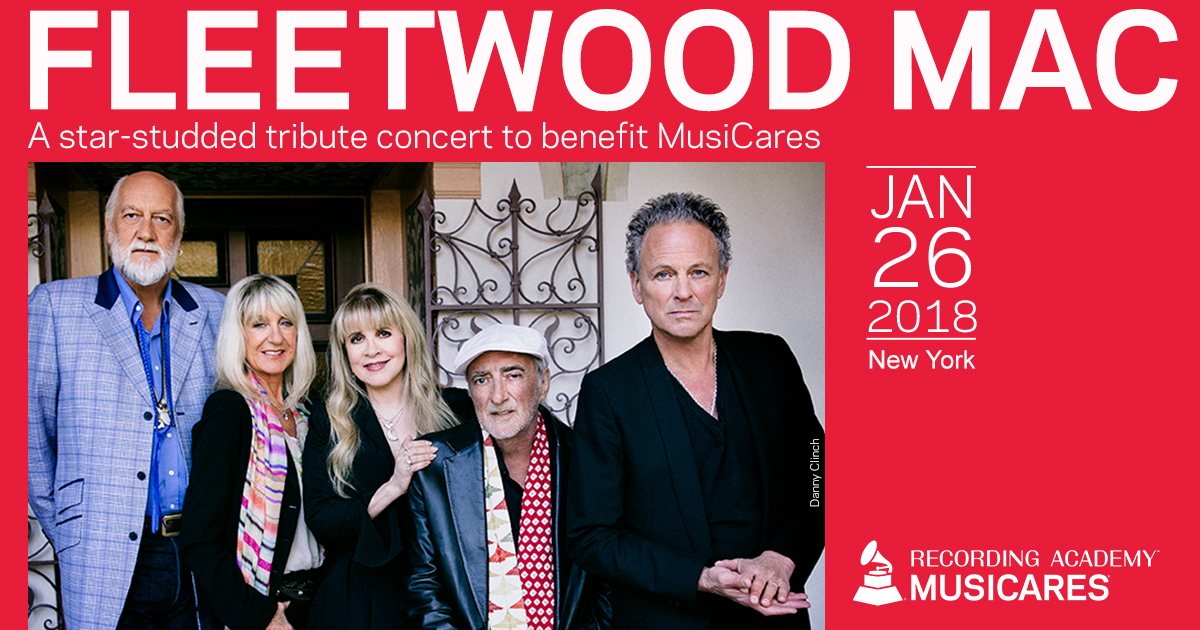 Fleetwood Mac Announced As 2018 MusiCares Person Of The Year

Two-time GRAMMY winners Fleetwood Mac will be honored at the 2018 MusiCares Person of the Year tribute on Jan. 26, 2018. The quintet — comprising Lindsey Buckingham, Mick Fleetwood, Christine McVie, John McVie, and Stevie Nicks — is the first band to receive the prestigious award.

Fleetwood Mac will be honored as the 2018 MusiCares Person of the Year in recognition of their significant creative accomplishments and their longtime support of a number of charitable causes, including MusiCares, the premier safety net of critical resources for the music industry.

Proceeds from the 28th annual benefit gala — to be held at Radio City Music Hall in New York City during GRAMMY Week two nights prior to the 60th GRAMMY Awards — provide essential support for MusiCares, which ensures music people have a place to turn in times of financial, medical and personal need.