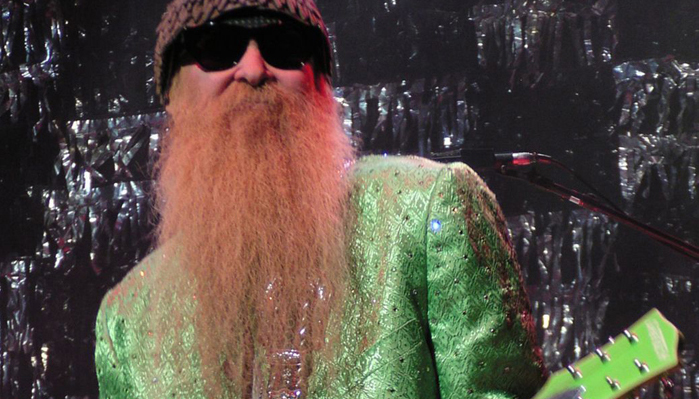 As ZZ Top’s guitar slinger and scratchy-voiced singer, Billy Gibbons has become synonymous with boogie-ing Texas blues during the past four decades. On his upcoming solo debut, Perfectamundo — which he recorded with a new backing band called the BFG’s and has slated for a November 6th release — he still plays limber, fluid blues guitar but in the context of Afro-Cuban rhythms and instrumentation. The first single from the album, a cover of rockabilly singer Roy Head’s soulful 1965 hit “Treat Her Right,” which Rolling Stone is premiering here, finds the sharped-dressed man singing coolly around funky Latin piano and percussion and even weaving some dramatic blues licks into the mix.

The ZZ Top singer says he was indoctrinated into Afro-Cuban music by “the real Mambo King,” Tito Puente, who taught him the basics of Latin percussion when he was a kid. “That’s stayed with me stridently albeit in a kind of suspended animation over time,” he says. “The guitar is aimed toward stitching together the many Cuban-influenced rhythmic parts in an effort to generate some seismic sounds relatable to a range of cultural traditions.”

The idea to go in an Afro-Cuban direction came when Gibbons’ friend and BFG’s pianist Martin Guigui invited him to perform at the 2014 Havana Jazz Festival. Although the ZZ Top singer could not attend the event, he immersed himself in Cuban music. He wrote Perfectamundo’s title track and then began experimenting with Latin-inflected covers of tunes by the likes of Slim Harpo and Lightnin’ Hopkins, such as his version of “Treat Her Right.” The BFG’s went on to draft organist Mike Flanigan, vocalist-bassist Alex Garza and drummer Greg Morrow, who all recorded with a little help from Perfectamundo co-producer Joe Hardy and guitarist Gary Moon. Gibbons also pushed himself beyond guitar, playing bass, organ, piano, timbale and other percussion on the album’s songs.

“The BFG’s is quite simply a stab at something we didn’t previously know to be possible,” Gibbons says. “That ‘something’ was composing and creating sessions to press the limits of the unknown. ZZ Top, by definition, remains a minimalist endeavor with a very straightforward established approach which continues to serve us well now going past four-plus decades. The BFG’s, on the other hand, have now gone on to exploring some uncharted sonic and, especially, rhythmic territory within an accommodating context. Deep at the core of everything we do, either as ZZ Top or with the Perfectamundo aggregation, is the blues. That’s the diamond and we found a way to put it into a new, Afro-Cuban setting. It really does come from the same place.”

Now that the record is ready to come out, Gibbons is itching to get on the road with the BFG’s and play some dates in theaters. “The repertoire on the album, including ‘Treat Her Right,’ invites the band to bring it forward live and in person. The prospect of taking it to Cuba in December is especially exciting should all things work out. Talk about wish fulfillment.”

Another fulfilling thing is the fact that Gibbons’ ZZ Top bandmates, Dusty Hill and Frank Beard, are behind Perfectamundo. “They’re most supportive,” the main BFG says. “Curious? Oh, yeah. However, both my ZZ bandmates encourage the BFG excursion, which will provide a nice break and return to enjoy some quality time in our studio while I’m out of pocket stretching a new side of expressions. Win-win.”