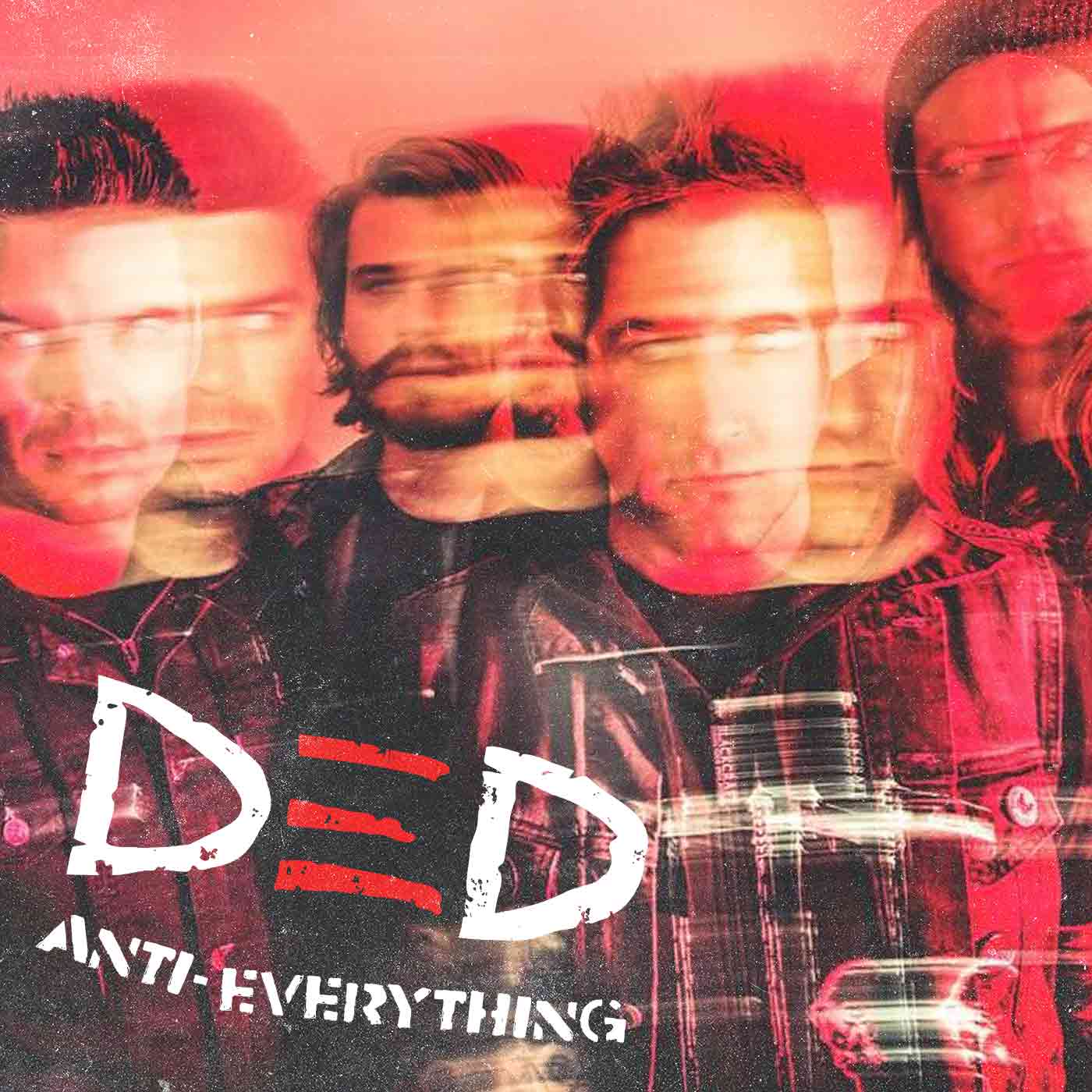 DED was born in the music scene of Phoenix, Arizona and has been together for 2 years. Band members Joe Cotela (Vocals), David Ludlow (Guitar), Kyle Koelsch (Bass), and Matt Reinhard (Drums) developed a friendship and ultimately a musical partnership that mixes horror and dark imagery to develop a familiar, yet unique sound that sets them apart from other bands.

The band’s work ethic, drive, and dedication led them to record an EP that quickly made the rounds of the music industry, and started a buzz that opened doors. Using that as a springboard, the band hit the road and toured with Beartooth, Asking Alexandria, Atreyu, Every Time I Die, Upon a Burning Body, The Acacia Strain, John 5, Powerman 5000, and Insane Clown Posse among others.   Their touring helped grow awareness in the business and brought them to the attention of producer John Feldmann (Disturbed, Blink-182, Beartooth). Their collaboration with Feldmann culminated in the band signing with Jordan Schur @ Suretone Records – who discovered and grew the careers of platinum rock acts Staind and Limp Bizkit, among others. Suretone will be releasing their debut album in May of 2017.