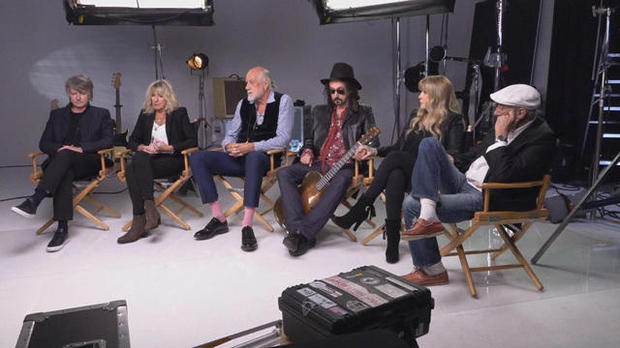 Fleetwood Mac, which has sold more than 100 million records, is announcing a new tour today that kicks off in October. But lead guitarist Lindsey Buckingham won’t be on it.

In its more than 50 years as a band, Fleetwood Mac has become famous for its dysfunction and turmoil. But the announcement this month that Buckingham was ousted from the band still came as a shock. For the first time, band members tell CBS News what happened.

This week the new lineup was still getting to know each other, reports CBS News correspondent Anthony Mason.

“Both these gentlemen have a legacy of their own. They don’t need to have a calling card. They are who they are in their own right,” drummer Mick Fleetwood said.

“This is absolutely a new band,” Fleetwood responded. “This is the new lineup of Fleetwood Mac.”

Read it all here.